We want your feedback on the minor improvements we’ve made to the 2016 approved plan to upgrade Victoria Street. We also want to hear what you think and how we could minimise disruption during construction.

On Thursday 29 August the Council made the following decisions relating to Victoria Street:

1. Approves the revised scheme design including all layout changes as detailed in option 1 of the staff report (Victoria Street Revitalisation) as per Attachment  A.

2.  Request staff to report back to Council or the relevant delegated Committee on all detailed traffic resolutions at the completion of the detailed design phase  for this project and prior to the beginning of construction.

3.  Requests staff to alter the intersection layouts of Victoria, Durham and Kilmore Streets (layout A), and Victoria and Bealey Avenue to incorporate cycle lanes  instead of shared lanes as per the memorandum dated 13/08/2019.

5.  Requests staff to work on a parking guide for businesses.

7.  Notes that there is a plan to address time-restricted parking on Salisbury Street prior to delivery of this project.

The staff report, minutes and memorandum referred to above can be viewed at christchurch.infocouncil.biz(external link)  (item 9)

The Council plans to carry out the work on Victoria Street in stages to minimise the disruption to the local community. Details of when work gets underway and timing will be worked through once the contract is let.

Council will consider the Victoria Street revitalisation report on Thursday 29 August. This was one of the reports held over from the meeting on 22 August because of the time needed to consider other matters.

Seventy eight submitters provided responses on the Victoria Street re-engagement proposal between 18 April and 27 May 2019. Of these individuals and groups: 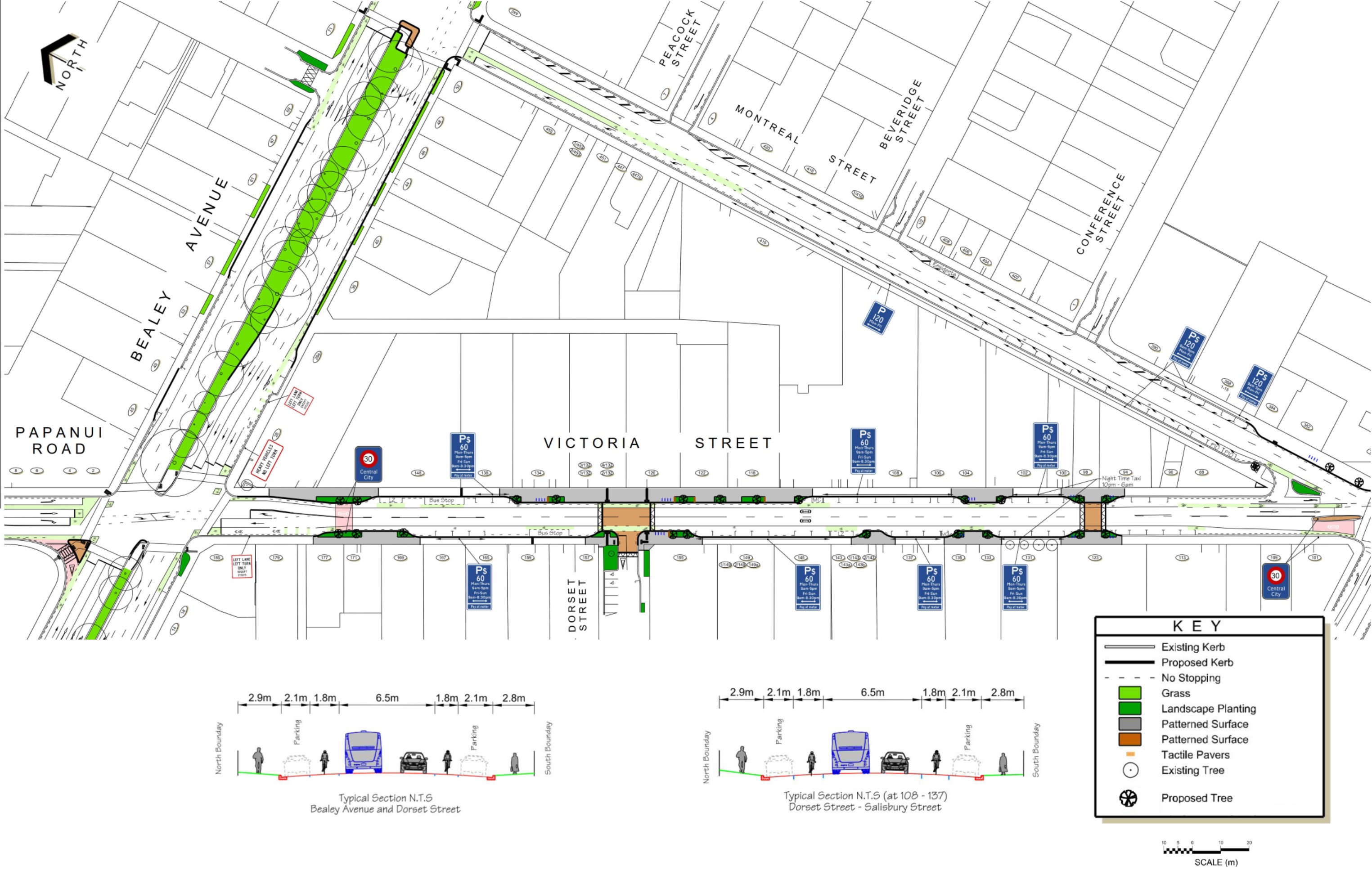 A staff report on the Victoria Street revitalisation project will be considered by the Council’s Infrastructure, Transport and Environment Committee on 7 August 2019 at 1pm. Staff are asking the Committee to recommend to Council that the proposed plan be approved.

You can read the agenda, staff report and any additional information online at christchurch.infocouncil.biz(external link)  from Friday 2 August 2019.  Minutes will be available online three working days after the meeting.

The report is expected to be considered by the Council on 22 August 2019.

Background: Why are we asking for feedback?

We have started gathering feedback from Victoria Street stakeholders about upgrading the street. The Council requested staff to carry out further engagement for this project.

Victoria Street was scheduled for renewal pre-earthquake due to its poor condition. Since then it has deteriorated even further and now needs an upgrade.

The Council wants to upgrade Victoria Street to provide an environment that supports people’s enjoyment of the area by:

Local businesses previously raised some concerns about the 2016 approved plan for Victoria Street and the timing of the work. We’ve taken another look at the plan and made some minor improvements including reducing the parking bays’ sharp angles and removing some build outs.

We now want to check back with you to see how you feel about the project. We’re also speaking to people about what other works could be done to the street and how potential disruption during the construction process could be minimised if the Council was to approve this project.

You can chat with the project team at either of our two drop-in sessions:

Tuesday 7 May 2019 - Sixty6 on Peterborough, corner of Peteborough Street and Durham Street North. Drop in anytime between 5pm and 7pm; or

Project team staff will also be visiting Victoria Street and calling in on local businesses.

If you have any questions, or would like to make an appointment to come and talk to us, you can contact Tara King on (03) 941 5938 or CentralCityTransport@ccc.govt.nz

Staff will report on this feedback to the Infrastructure, Transport & Environment Committee later in the year.