Halswell Quarry is a park on the fringe of the city with walks, historic sites and six sister-city gardens.

Getting there
The entrance to the main car park is 1 km along Kennedys Bush Road.

There are two toilet blocks in Halswell Quarry Park as well as multiple drinking fountains and plenty of parking.

A horse riding arena is provided in the park but horses are prohibited in the adjacent conservation area.

Check the Halswell Quarry map to find out where everything is located.

Halswell Quarry has a dog exercise area where dogs may be off their leash.

This area is not a designated dog park however, and is not fenced. Dog owners should be aware of other park users and keep their dogs under control at all times.

Dogs may be taken on most tracks through Halswell Quarry provided they are kept on a leash but are prohibited from the Wetlands Conservation Area.

Check out our map of dog parks and exercise areas to see where else you can take your dog.

Walks
There are a number of great walking tracks throughout Halswell Quarry, some offer panoramic views of the Southern Alps or take you above the quarry while others meander through wetland.

There are two mountain bike rides that start from Halswell Quarry and go via the Crocodile XC Mountainbike Park. They are the popular Kennedys Bush Track, shared with walkers and the Kennedys Bush to Worsleys Track circuit.

For dedicated mountain biking there is also the The Crocodile XC MTB Park which is a privately owned mountain bike park accessed through Halswell Quarry. Information about the tracks can be found on the Trailforks website(external link). To find out if they are open, please check the track status page.

The quarry was first worked in the 1860’s and produced a fine and distinctive blue-grey stone which can be seen in many of the city’s prominent buildings including the Canterbury Museum, Provincial Council Chambers and the old Sydenham Post Office.

In 1865 a wooden tramline was built for eleven kilometres from the quarry to Spreydon, but it was abandoned eight years later. In 1890 the first crushing plant was installed and the crater you see today began to appear. Output from

the quarry increased dramatically for a while, but by 1925 the quarry was almost bankrupt again.

Then the Christchurch City Council bought the quarry, restored its productivity and ran it successfully until 1990 when the reserve of usable rock was exhausted. Despite the high cost of carting rock to the city, the Halswell Quarry had a long life of 130 years and is believed to have been the oldest, continually operating quarry in Australasia.

The buildings you see today were all part of the working quarry.

The workshop built in 1912 housed a newer, bigger crushing plant. The single men’s quarters (now Visitor Centre) was built in 1921 to replace the wooden one that was destroyed by fire in 1920.

Paterson House above the main entrance was built in 1927 for then manager, Mr Ned Paterson and also as a show home to demonstrate how the quarry stone could be utilised.

The Christchurch City Council decided to restore the quarry as a passive recreation reserve, wildlife habitat and an educational resource.

The strikingly sculptural and geologically interesting rock faces of the quarry were retained.

A huge planting programme was undertaken with over 250,000 trees and shrubs planted. 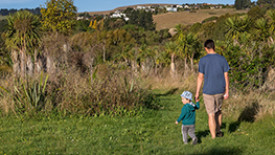 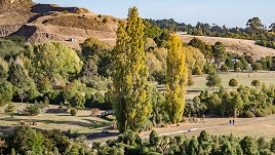 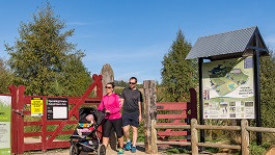 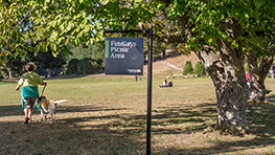 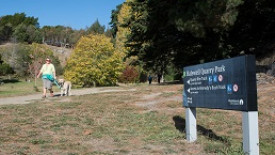 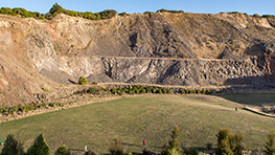 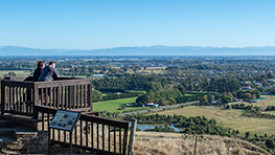 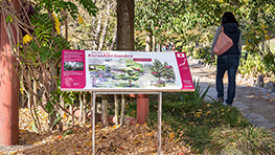