Crash Bash is an educational road safety programme with key road safety messages for secondary school students. It's organised by Council in collaboration with NZ Police. This year’s show, ‘What if…’  was toured to schools in greater Christchurch over February and March 2021. The Court Theatre produced and toured this performance to more than 10,000 secondary school students in years 10 to 13.

The theme for 'What if…' focused on being aware and observant of surroundings and other road users including those walking, biking and riding motorcycles.

This resulted in the type of crashes for young drivers crossing in front of oncoming traffic while they were turning, having rear-end crashes of other vehicles and losing control on bends or having a head-on crash. 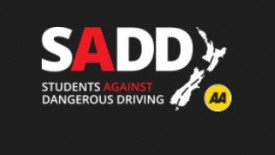