News, information and contact details for the Banks Peninsula Community Board.

Sign up to the Banks Peninsula Community Board newsletter

If you want to get in touch with the board or have any questions, please contact:

Search for the Community Board agendas and minutes(external link) 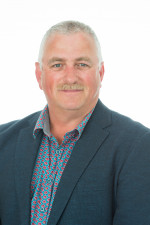 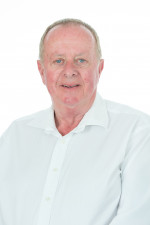 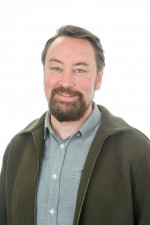 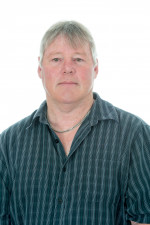 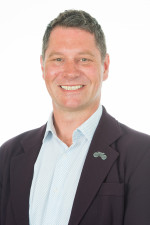 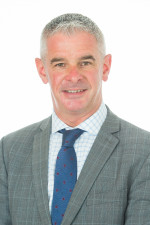 By talking with our communities, we identified seven priority outcomes we'd like to achieve in the next couple of years.

Matt and Bianca have been involved with the cadet programme in Little River for over six years. During their time with the cadets they’ve volunteered countless hours developing programmes, organising activities, such as day trips and camps, and have even secured grant funding to keep the programme free of charge for participants.

Juliet started the Lyttelton LIFT Library in 2011. Up until this month, she kept this community resource in her lounge, always available to members for pick up and drop off. Now, Juliet continues to oversee LIFT Library at the Lyttelton Recreation Centre. Juliet also volunteers in various other capacities to support Lytteltonians.

Helen has been a member, and at times secretary, of the Cass Bay Residents’ Association since its formation in 1999 and also been the secretary of the Cass Bay Reserves Management Committee since its formation in 2015. She has extensive botanical knowledge and assisted in choosing the thousands of natives planted on the reserves. Over the years, she has also taken part in working bees by ordering the plants, delivering leaflets, and planting trees. She writes the Cass Bay Community Newsletter from time to time which keeps the community informed of the various reserve and community association activities.

Helen Braithwaite was nominated by Jenny Healey and Liz Hales.

John has been actively planting trees and maintaining tracks and walkways in the Diamond Harbour area for over 30 years. John has made a significant contribution to Diamond Harbour community through his dedication to the outdoors and the environment. In recent years, he’s assisted in developing the Diamond Harbour School track and the planting and weed control in Morgan’s Gully.

Thanks to the quiet leadership of Pete the environment of Diamond Harbour has benefited by the creation of new tracks and the replacement of weed plants by thriving native vegetation. He is a founding member of the Diamond Harbour Reserves Management Committee and was the leading force behind the creation of the school track. Pete has been a leading member of the Morgan’s Gully restoration group and has worked to establish a native plant nursery at the Diamond Harbour School. Pete has also been instrumental in eradicating non-native species on the coastal track.

From an early age Andrew Norris has been initiating community projects and working with community groups. When Andrew was in charge of the Governors Bay Sea Scouts, he created a fun and inclusive environment for local youth, always encouraging, teaching new skills and enabling youngsters to grow in confidence. As a parent of children at Governor’s Bay School, Andrew always helped out - driving the bus for school camps, getting together special items for the school fête, and helping at sailing/boating days at Charteris Bay. Andrew has also been a volunteer firefighter for over 30 years, first at the Lyttelton Brigade when he joined at the age of 18. He then moved and joined the Governors Bay Brigade in 1997 taking on the role as Chief Fire Officer in 2009.

Al Park is a Lyttelton music hero. Since 2008, he’s organised musicians for the Festival of Lights and Farmers’ Market. He often mentors young musicians and frequently coordinates free concerts. He put together the Harbour Union album and created Hearts Shall Anchor, Lyttelton’s annual earthquake remembrance event.

Al Park was nominated by Wendy Everingham and Claire Coates.

Frances was instrumental in re-energising the Governors Bay Civil Defence team after years of declining numbers and response capability. She joined the team in 2011 and has used her administrative skills to build up the resources required to ensure an effective local welfare response to any civil defence declared emergency. During the recent Port Hills fires, she volunteered up to 16 hours a day, during the emergency, and 30 plus hours on debriefing and report writing. Her leadership and enthusiasm has kept the Governors Bay Civil Defence united.

George has been a part of scouting for 50 years. He began his scouting life in a cub pack in Lyttelton, then moved to Scouts, Venturers, and onto leader himself. In 2009, he became the Regional Water Activities Advisor for the Upper South Island, and still holds this position. He’s been instrumental in running Scouting regattas, jamborees, and gang shows throughout the South Island. The community of Lyttelton, and beyond, has benefited from his passion and dedication for helping youth.

Jessica has been the volunteer manager of the Seafarer Centre in Lyttelton since its inception 3 years ago. She’s grown the Centre into a place where people feel safe, warm, and welcomed in a foreign land. She’s trained all 21 volunteers who work there, and always provides inspiration and support to all. Although she’s the manager, she’s often found working alongside her fellows and filling in when others are away. The whole Lyttelton community is benefiting from what she’s achieved, including thousands of seafarers that visit Lyttelton Port each year.

Dave volunteered in the Wainui community most of his life. He’s served on the Wainui Residents Association for over 30 years, holding every position through to president. He’s been a volunteer fire-fighter with a fire unit based in the bay and is often involved in search and rescue of those in trouble in the bay waters. He was instrumental in the purchase and development of the residents Community Centre, and he has acted as the carer and rental contact since the purchase. He’s also help build many swim rafts for the young of the community over the years. When he’s not helping the human residents in our community, Dave is often monitoring the sea life, including mussels, paua, and kelp for the future generations of Banks Peninsula.

David Evans was nominated by Neville Dowie and Natalie Edwards.

Christine, a fifth generation Lytteltonian, was staunchly dedicated to her community. She was the co-founder of the Lyttelton Youth Group in the early 1990s and for years hosted large communal Sunday dinners at Holy Trinity Church. She mentored countless Lyttelton youth and was a long time community organizer at the Lyttelton Community House. She was also instrumental in coordinating the Annual Parihaka Remembrance Service. In addition to her volunteer work, Christine was the Chair of both the Lyttelton-Mt. Herbert Community Board and the Banks Peninsula Community Board.

Christine Wilson was nominated by the Banks Peninsula Community Board.

We acknowledge the passing of Christine Wilson on 26 May 2018, and extend our sympathies to her family and the wider community who loved and appreciated her dearly.

Community Board statistics and demographics

Community Board and Ward information, statistics and demographics.

View the boundaries for Christchurch's 16 wards and seven community boards.